1 Hotel Brooklyn Bridge Wedding// I honestly can’t really tell if I ever laughed so much during a wedding with a couple. Selina & Nick are just two wonderful people and it was a pleasure to be part of their special day.

Both are living in Toronto and made the trip to NYC for their small and intimate Elopement at the 1 Hotel Brooklyn Bridge. The weather was crazy during that week and we could never tell what to expect for the wedding day.

Shorts & shirts on the night before the big day, sweaters & umbrellas for the wedding day itself. The good thing about cloudy and rainy days is the soft light. It made it easy for me to work during the entire day as we were blessed with the entire day.

Selina & Nick got ready together in a room with an epic view of the Brooklyn Bridge. Once they were done, we talked down for the ceremony right next to the entrance of the 1 Hotel Brooklyn Bridge.

The fun part was certainly what happened after the ceremony. We went for a walk around the city to take some cool shots at different locations. We even went out to China Town where I took one of my fav. shots from the year before with Sasha & Harris and their Gramercy Park Hotel Wedding.

We were really lucky as the rain was not really bothering us even though flash flodding was announce in the forecast. The final shots were taken at the Oculus and I could play around with some lines to create a triple exposure. 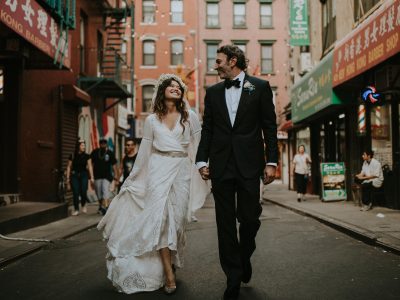 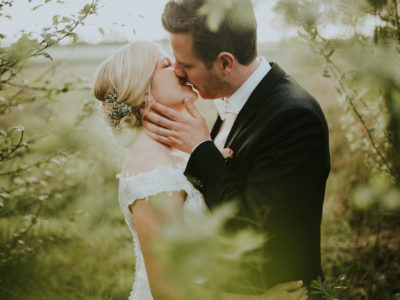 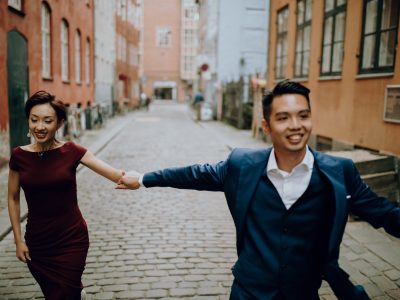